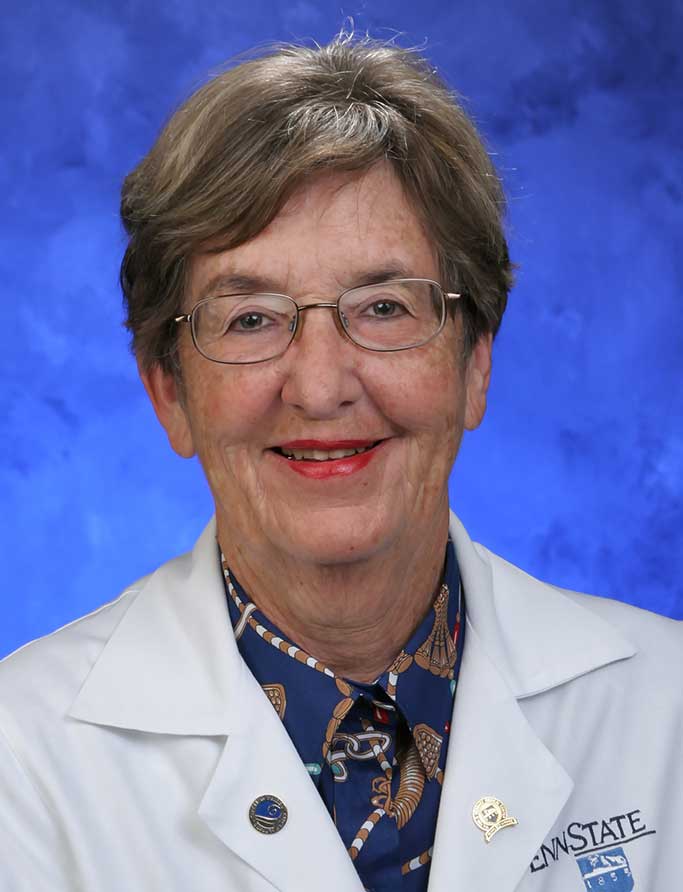 Dr. Eyster joined the medical staff at Penn State Hershey Medical Center in 1970. She served as Chief of the Division of Hematology from 1973-1995, and has been the Director of the Hemophilia Program and Medical Director of the Special Hematology/Coagulation laboratory since 1973. Her clinical and laboratory interests are disorders of bleeding and clotting, and the anemias.