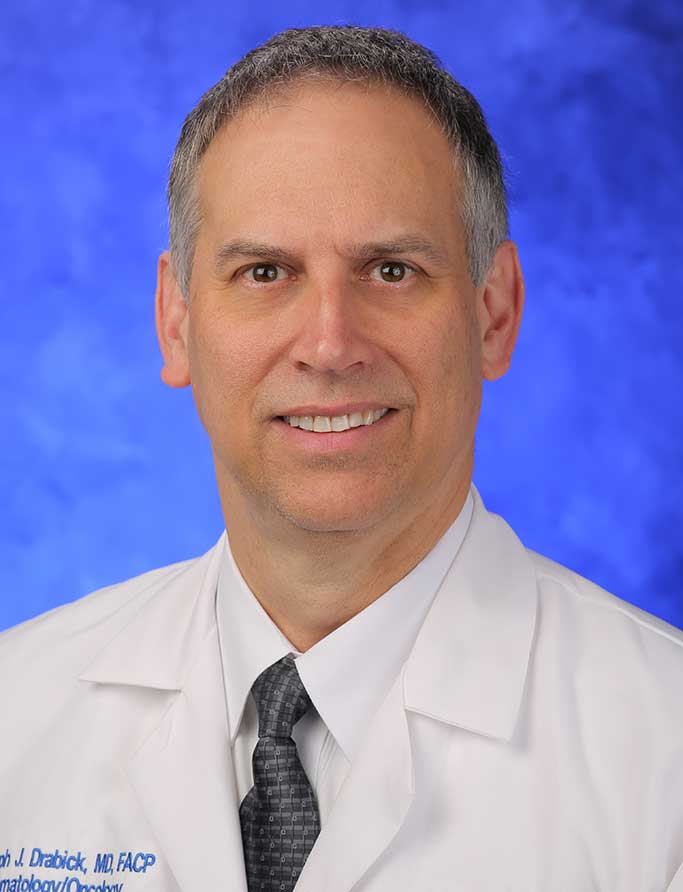 Dr. Joseph J. Drabick did his undergraduate training at Villanova University, earning a BS in Biology and Chemistry in 1979. He received his MD degree from Thomas Jefferson College of Medicine in Philadelphia in 1983. He joined the United States Army and completed his Residency in Internal Medicine at Walter Reed Army Medical Center in Washington, DC, in 1986. He then completed fellowship training in Infectious Diseases in 1989. After this training, he was a clinician and researcher in Infectious Diseases and vaccine development. He later did a second fellowship in Hematology-Oncology at Walter Reed, completing that in 2000. From that point, he served as a clinician and researcher in Hematology-Oncology at Walter Reed. While at Walter Reed, he was the Principal Investigator of the CALGB Cooperative Group operation and Director of clinical research. After retiring from the Army in 2004, this native Pennsylvanian returned home to join Penn State Hershey. In addition to board certification in Internal Medicine, Infectious Diseases, Hematology, and Medical Oncology, he has had substantial Emergency Medicine, Field Medicine, and Preventive Medicine experience. He continues clinical care, teaching, and research at Penn State for a broad array of problems as noted previously.