Reducing the Burden of Cancer in Central Pennsylvania

One of the key goals of Penn State Cancer Institute is to reduce the burden that cancer places on our communities, especially among particularly vulnerable or susceptible groups.

Through its Office for Cancer health Equity (OCHE), the Cancer Institute provides a number of services, educational opportunities and consultations to help meet this goal across its 28-county catchment area. 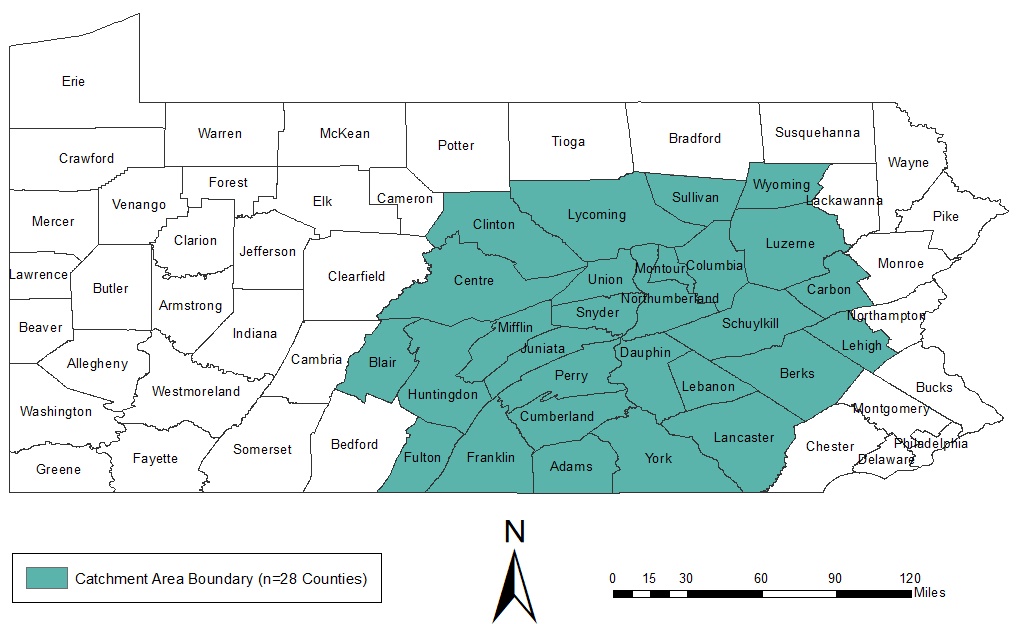 About Our Catchment Area

Priority populations for Penn State Cancer Institute are those in rural, Hispanic/Latino and African-American communities.